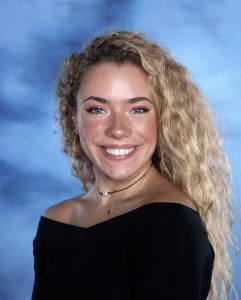 Senior Madison Relyea has been named as one of the 10 scholastic award recipients for 2021 by the Capital District Sports Women of the Year.

Madison, who competes in cross country, Nordic ski and track and field, will be recognized at the Capital District Sports Women of the Year Awards Gala  at 7 p.m. Monday, August 9, at the GE Theatre at Proctors in Schenectady.

Information on how to obtain tickets to the event can be found at the bottom of this page.

The Capital District Sports Women of the Year (CDSWOY) honors the best and brightest female student athletes from high schools and colleges in New York’s Capital District. The student-athletes will be recognized for their achievements in academics, athletics and community service. More information is provided at the website, cdswoy.com.

Academically, Madison is a member of the National Honor Society and is consistently on the Academic Excellence List at Mayfield High School. She received the Russell Sage College Student Sage Scholarship and has represented Mayfield at student leadership conferences. Madison was named the University Scholar-Athlete in recognition of outstanding academic record and accomplishments by St. Lawrence University.

Athletically, Madison competed at the state level in cross country each season from 2016 through 2019 (the states were not held in 2020). She competed in the Federation and Regional championships in her sophomore and junior seasons. She won the individual league championship every season since 2016 and won the individual sectional title in 2018 and 2019.

On the track, Madison has five records at Mayfield High School, including the 800 meter, 1500 meter, 2000 meter steeplechase, 3000 meter and as part of the 4 x 800 meter team. This season, she had two sectional first-place finishes (4 x 400 and 4 x 800) and two second-place finishes (2000 steeplechase and 1500). In 2019, she won four events at the league championship meet and took first place in the sectionals in the 1500 and second place in the 800. She joined her teammates for second- and fifth-place performances in relays that season. In her sophomore season, she won the 1500 at the state qualifiers for small school runners and was fifth for small competitors in the event at the state championships.